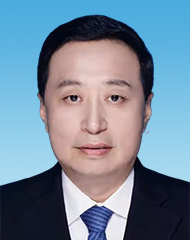 He is responsible for the routine work of the People's Government of Henan Province.

He is responsible for the work on development and reform, finance, transport, veterans affairs, emergency management, key projects construction, statistics, and transparency in government affairs.

He also assists Governor Wang Kai with the work related to audit.