Zhengzhou Enjoyland International Resort received a total of 81 thousand tourists from June 17 to 19, of which 45 thousand were contributed by the Resort's Happy Ocean Water Park. Henan's cultural and tourism sector is gaining momentum. 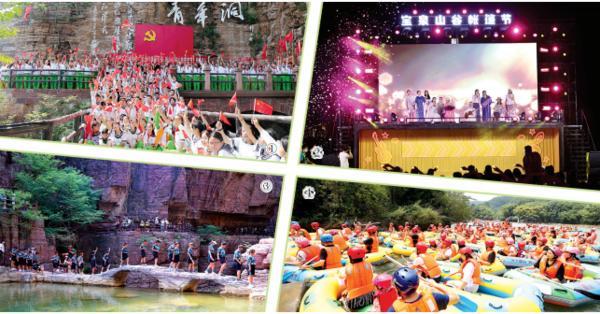 On June 17, a meeting was held by the Department of Culture and Tourism of Henan Province to promote the recovery of the local cultural and tourism market under regular epidemic prevention and control measures. According to the meeting, on the premise of epidemic prevention and control, Henan will spare no efforts to boost its cultural and tourism market by seizing the golden season for tourism, giving full play to the role of tourism industry in stabilizing the overall economic performance.

Local governments in Henan, therefore, have launched various preferential policies to unleash the cultural and tourism consumption potential and accelerate the recovery of the culture and tourism market. For example, Zhengzhou has issued 20 million yuan worth of cultural and tourism coupons to encourage consumption; Kaifeng has given out 10-million-yuan cultural and tourism subsidies apart from providing loans to those enterprises in need; Xuchang has launched various night tour activities to develop the special "night economy"; Sanmenxia has set up a special fund to reduce the influence of the epidemic to a minimum, and issued subsidies twice, totaling 3.87 million yuan.