Recently, a local tea company in Xinyang city of Henan province received a black tea order worth 1 million yuan from Malaysia. The customer asked for prompt delivery. Benefiting from the green channel set up by Zhengzhou Customs for agricultural products, the company completed customs clearance on the same day and delivered their goods smoothly.

"We have seen a fast increase in our export business. In the first 5 months, our export value registered nearly 30 million yuan, doubled that of the same period of last year. We are planning to expand into new markets." The company's president told Henan Daily on June 18.

This company is only among various tea exporters in Henan. So far, Xinyang city has seen its green tea, black tea, brick or compressed tea and matcha (powdered green tea) exported to 19 countries and regions, such as Uzbekistan, Spain and the US, said Xinyang Customs. During the January-May period, 128 million yuan of tea was exported via Xinyang Customs with a year-on-year increase of almost 50 percent. The ever-accelerating export business also boosts the quality and quantity of the local tea industry. 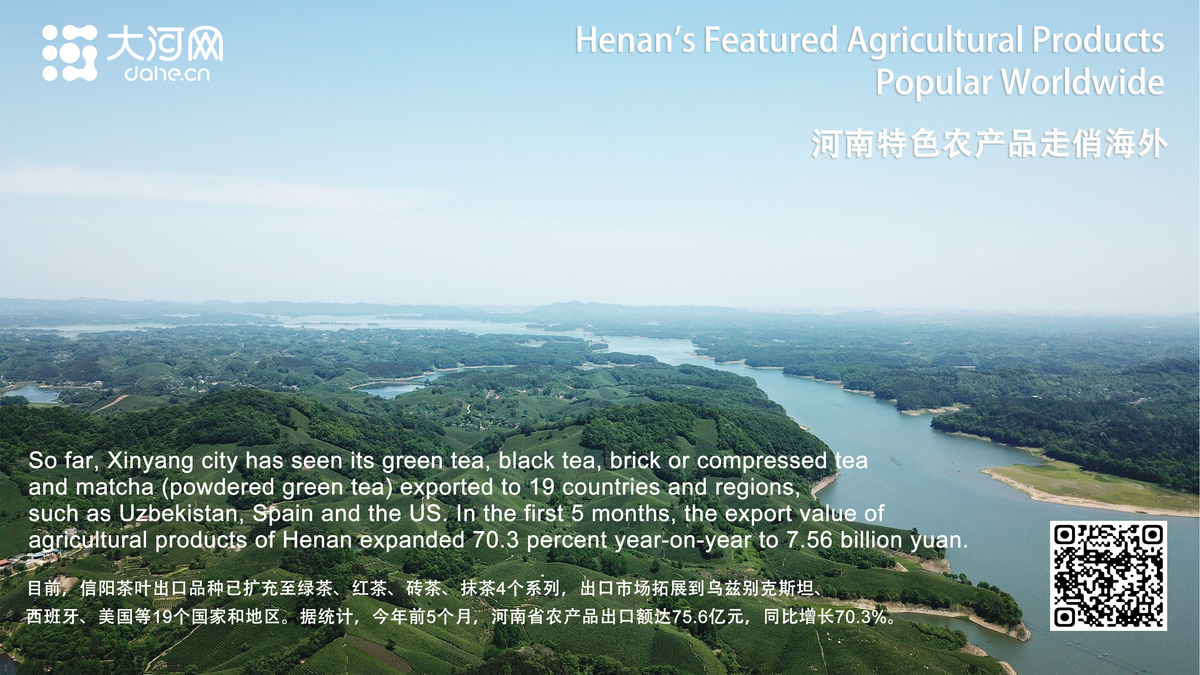