Since January, Zhengzhou Xinzheng International Airport (Zhengzhou airport) has spared no efforts to ensure the smooth and orderly flow of people and goods at home and abroad, thus witnessing a steady increase in its air cargo volume. In the first 4 months, the cargo and mail throughput of Zhengzhou airport reached 227 thousand tons, of which 192 thousand were contributed by international (and regional) businesses with a year-on-year increase of 15 percent, while 205 thousand were made by all-cargo flights, up 10.8 percent from a year earlier. 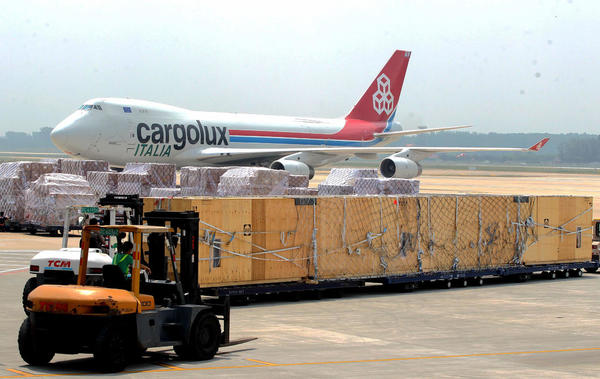 A cargo plane of Cargolux in Zhengzhou. [Photo/dahe.cn]