During the resurgence of COVID-19, China- Europe freight train service in Zhengzhou, capital of Central China's Henan province, has never been suspended. At 2 am on May 8, loaded with microserver chassis, color LCD panels, solar panels, split stators of wind turbines, etc., a China-Europe freight train named "Zhongyu" set off for Liege, Belgium. 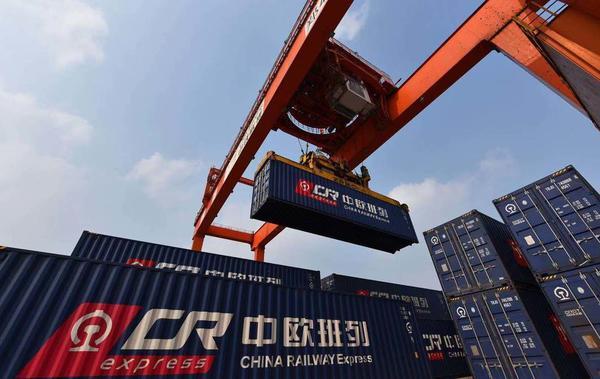 On the afternoon the same day, the forklifts at the Supervision Zone of Zhengzhou International Hub (herein after referred to as ZIH) were busy working with boxes in which some are imports, some for export.

The steady operation of China- Europe freight trains during the resurgence of COVID-19 in Zhengzhou could not be realized without the efforts of ZIH staff.

At dusk, staff members working at the CR Intermodal Zhengzhou Terminal were still busy. Containers were safely loaded on a freight train, stretching for almost 1 kilometer long. On the evening, another fully-loaded "Zhongyu" train set off for Hamburg, Germany.