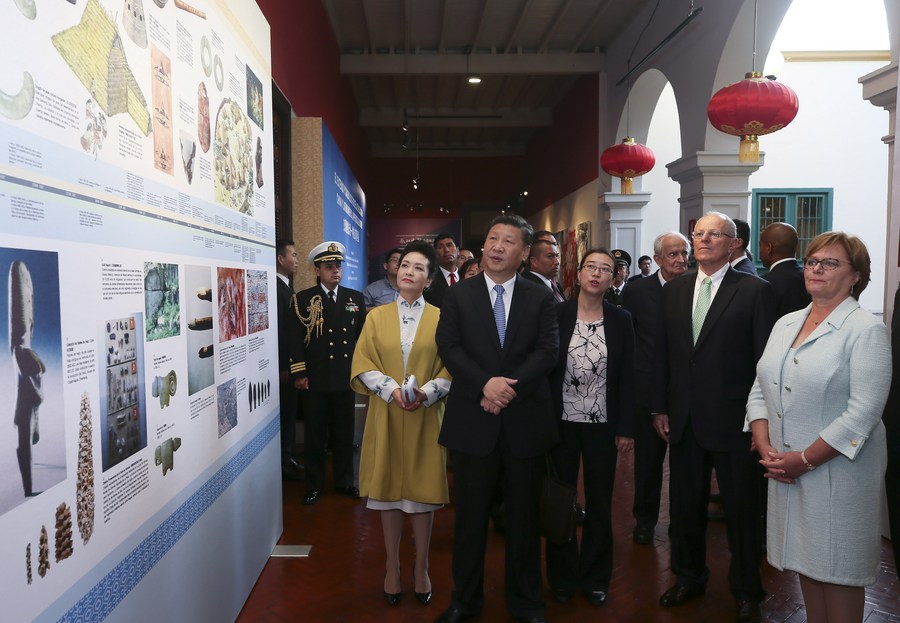 President Xi Jinping and his wife Peng Liyuan, and Peruvian President Pedro Pablo Kuczynski and his wife Nancy Lange view an exhibition of 121 selected pieces of Chinese treasures spanning over its 5,000 years of civilization after the closing ceremony of the China-Latin America and Caribbean 2016 Year of Culture Exchange in Lima, capital of Peru, Nov 21, 2016. [Photo/Xinhua]

BEIJING -- Five years ago, when an exhibition on Chinese history and culture opened in Peru, Ivan Ghezzi Solis toured his museum accompanying a special guest who turned out to be a knowledgeable guide. He was none other than President Xi Jinping.

Xi was in Peru on a state visit, and Peru's National Museum of Archaeology, Anthropology and History played host to the closing ceremony of the China-Latin America and Caribbean 2016 Year of Culture Exchange.

Solis, then director of the museum, said he was taken aback by the Chinese president's insight into the nation's over 5,000 years of history. Xi's knowledge of one exhibit in particular, he said, was astounding.

"The Terracotta Warriors are a significant archaeological discovery... I have read about them," said Solis. Even so, he was surprised when Xi shed light on a specific detail about them. "Although the Terracotta Warriors were made with molds, many people are unaware that no two warriors are the same. President Xi explained this, elucidating with examples," he recalled in a recent interview.

Xi's keen interest in Chinese history had already impressed people around him when he was a junior cadre some four decades ago. 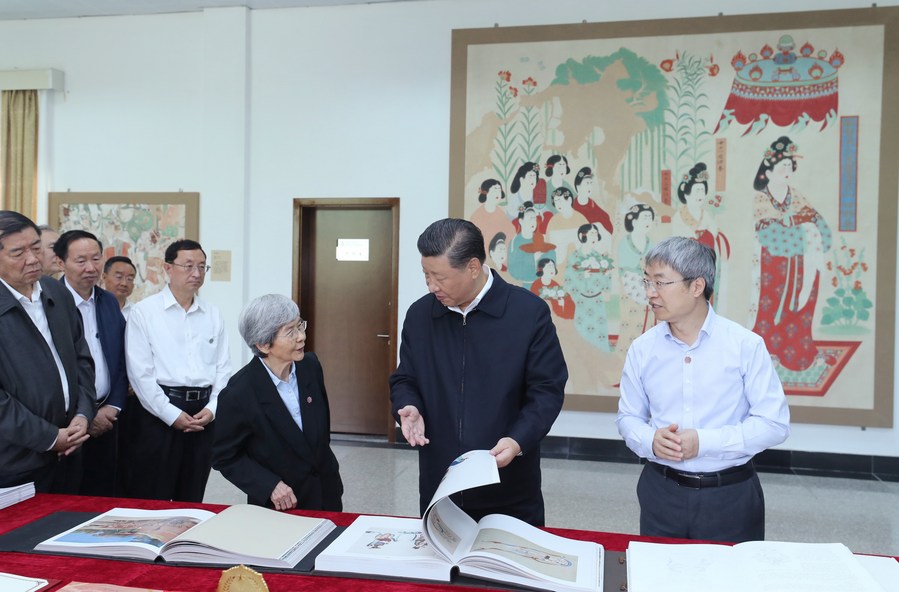 Xi Jinping views an exhibition of treasured cultural relics and academic achievements at the Dunhuang Academy to learn about the preservation and research on cultural relics as well as the promotion of traditional culture in Dunhuang during his inspection tour of northwest China's Gansu Province, Aug 19, 2019. [Photo/Xinhua]

"He was familiar with records and materials regarding local history and had often walked around the county to check the local cultural relics," said Shi Wensheng, a colleague of Xi when Xi served as the Party chief in the county of Zhengding, Hebei Province. "His knowledge amazed even locals like me."

The reason why Xi took such interest in history can be found in one of his books. "One can only develop true affection for one's hometown after knowing it thoroughly," said Xi in the preface of the book compiling his speeches and articles from his time in Zhengding.

At another exhibition in November 2012, "The Road to Rejuvenation", which profiled China's experiences following the First Opium War (1840-1842), Xi first put forward the notion of the Chinese Dream of national rejuvenation.

It was clear that even after his elevation to the general secretary of the Communist Party of China (CPC) Central Committee, this respect for history endured. 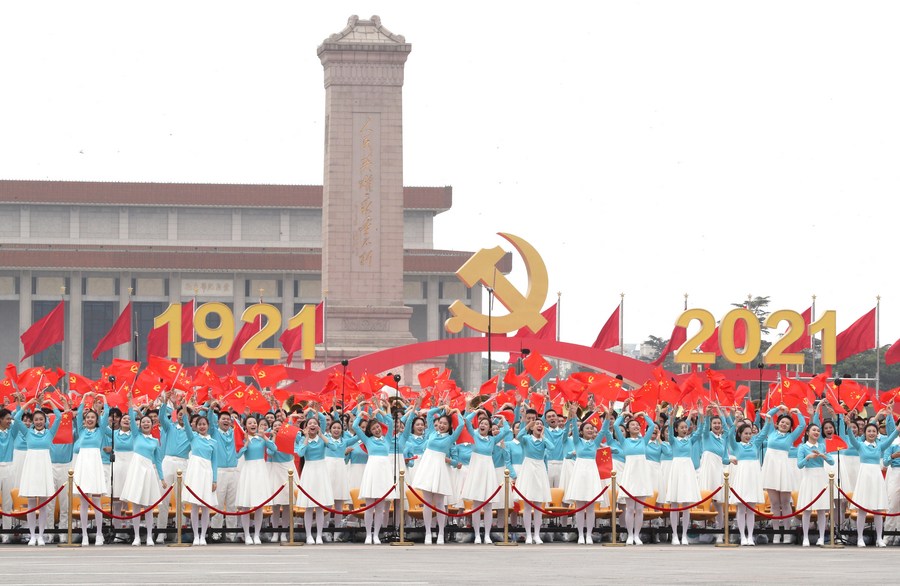 A ceremony marking the centenary of the Communist Party of China (CPC) is held at Tian'anmen Square in Beijing, capital of China, July 1, 2021. [Photo/Xinhua]

In 2021, the year of the CPC's centenary, a campaign on Party history was launched to remind its members that, according to Xi, "the Party's history is the most vivid and convincing textbook."

To this day, Xi continues to offer guidance, leading the country and Party in cherishing and respecting history.