We drove along the highway from Yuzhou (a county-level city of Henan province) to Wadian village, until we could see a stone tablet inscribed with "The Wadian Site", which was our destination. But all we could see was a vast farmland instead of the Wadian Site.

"Are you looking for the Wadian Site? Go back a little bit and turn to a small road near the stone tablet inscribed with 'The First Capital of China'." A local villager riding a motorcycle enthusiastically showed us the way.

Sacrificial architecture with a symmetrical layout

Upon arrival, it was already 10:30 am. In the bright and scorching sun, some human bones scattered in the trial trenches immediately attracted our attention. 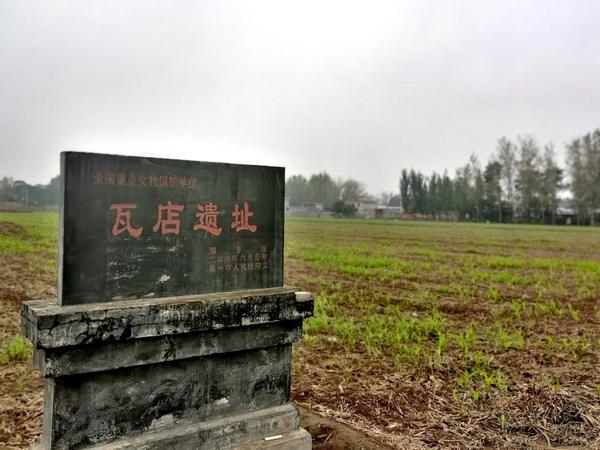 "How did they die? How old and how tall were they?" At the site, Fang Yanming, a researcher from the Institute of Cultural Relics and Archaeology of Henan Province, was analyzing the human bones with several young archaeologists.

Every time standing at the Wadian Site, Fang is filled with mixed emotions. In 1979, he, a member of the archaeological team, discovered the Wadian Site. Since then, Fang has devoted his whole life to this site, hoping to uncover all the secrets buried in this land one day. As a former team leader, he had participated in the excavations of the Xia (2070 BC-1600 BC)-Shang (1600 BC-1046 BC)-Zhou (1046 BC-256 BC) Chronology Project and the Project for Tracing Chinese Civilization Origins for several times since the 1990s. Now, he is also a participant of the key project (2020-2024) themed the study of the Xia Dynasty approved by the State Administration of Cultural Heritage.

"Covering an area of more than 1 million square meters, the Wadian Site is hard to be thoroughly unearthed because its two thirds are buried under the village. At the Donggaogang area excavated this year, the remains of houses, tombs, urn-burial tombs, etc., have been discovered. Some tombs are of oriental customs." Fang said that what to do next is to see if they can find anything like the circular sacrificial remains found earlier.

At the tableland with a circular trench in the site's northwest part, large foundation for 2 rammed-earth buildings adjacent to each other was discovered in the east, while to their west the same foundation but for 3 independent rammed-earth buildings were unearthed. Besides, from these two large foundations many animal bones and beheaded human and animal remains were also unearthed which were used in the sacrificial activities. Judging from the remains at the two large foundations, such a symmetrical layout could reflect the pattern of the early sacrificial architecture.

The people at that time could not control their own destiny so they had to seek blessings from mysterious powers or their dead ancestors and ritual activities became indispensable for them. "The sacrificial remains discovered at the large rammed-earth building foundations are usually seen as a core component of a capital city in early China as well as a prominent feature of the capital cities of the early states and their power centers," said Fang.

At Henan Museum, an exquisite Polished Black Pottery Gu (a ritual or drinking vessel) with a bell-shaped mouth, a long slender neck, a round swelling body, a high handle and a ringed foot discovered at the Wadian Site is still bright-colored and dazzling after more than 4,000 years. 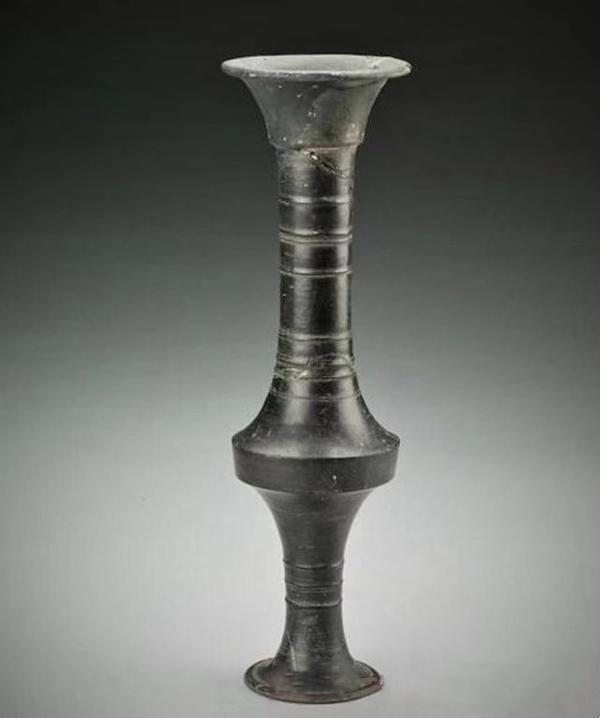 Can you imagine that more than 4,000 years ago our forefathers had fostered such a high aesthetic taste? Why did they choose black? How was it made?

According to Liang Fawei, deputy head of the Institute of Cultural Relics and Archaeology of Henan Province, who heads the excavation at the Wadian Site, featuring neat vessel shape, very thin base and hard texture, such cultural relics like Egg-shell Black Pottery Cup with High Handle and Polished Black Pottery Gu are all of the Longshan Culture (around 2500 BC-2000 BC), which were made by way of hand-wheel pottery making technique with dark and shiny surface. Besides, the high-grade exquisite cultural relics were also unearthed, such as white pottery wares and jade articles, which should be once owned by the privileged. These superb production techniques were likely to be monopolized in high-level settlements as well.

It is worth noting that the invention of pottery-making techniques provided opportunities to the people to fully display their creativity and artistic talent. Apart from the Pottery Long-tailed Bird, Pottery Human Face and Bird-shaped Pottery Cover discovered at the site, many pottery wares are also decorated with various forms of patterns, fully reflecting the people's aesthetic consciousness at that time.

The remains of bones and tortoise shells were also discovered at the Wadian Site. As important objects used in sacrificial rituals, they are usually related to sacrifice and religion, a prominent feature of the Xia, Shang and Zhou dynasties. Such discoveries demonstrated the existence of divination and sacrificial rituals, reflecting the high rank of the site with the characteristics of an early capital city.

A livable environment in the past

According to Liang, during the latest excavation, to the site's northern part (near the Yinghe River) discovered the remains of ponds, lasting from the late Longshan Culture to the Qin (221 BC-206 BC) and Han (202 BC-220 AD) dynasties according to carbon-14 dating, with reed phytoliths tested from the samples from the ponds. It suggests that the Wadian Site in the late Longshan Culture was close to to the Yinghe River, enjoying a wetland environment. These findings provide valuable clues for the further study of the site's layout.

In the past excavations discovered rich remains of the carbonized seeds, including millet, glutinous millet, unhusked rice, wheat and soybeans, which conforms to the "five cereals" recorded in historical documents, indicating that this area was once favorable for multiple crops.

Many historical documents, such as Shih Chi written by Sima Qian during the Western Han Dynasty (202 BC to 8 AD), record that Yu (who built the Xia Dynasty) and Qi (the second king of the Xia Dynasty) once lived in Yangzhai (today's Yuzhou city of Henan province). The story of Qi who called together the heads of the local states and held a grand sacrificial ritual to establish his chief position and abandon the abdication system also happened in Yuzhou. Since Yu and Qi, Yuzhou had become a main living area of the people of the Xia Dynasty.

Undoubtedly the Wadian Site is closely related to the early Xia Dynasty. Judgingfrom the cultural relics and the food remains, the site was a gathering place of people with diverse cultural backgrounds and a regional center settlement in the southeast of Songshan Mountain.

The new round of excavation was launched in 2020 with several crisscrossing trenches discovered, which can be divided into two types: the northwest-southeast trenches and the northeast-southwest ones. Their age and function need to be further confirmed. Road remains were also found in the middle of the site. If these trenches and roads can be traced back to as early as the late Longshan Culture, there will be a new understanding of the site's overall layout. (Chinese source: Henan Daily App Reporter: Wen Xiaojuan Translator: Zhao Hanqing Video: Wang Junyi Proofreader: Li Wenjing)

The Xia Dynasty Travel Episode III The Huadizui Site: 'The Songs of the Five Sons' Composed in Luorui

The Xia Dynasty Travel Episode IX The Erlitou Site in Yanshi: A 'Dynasty' in a Small Village