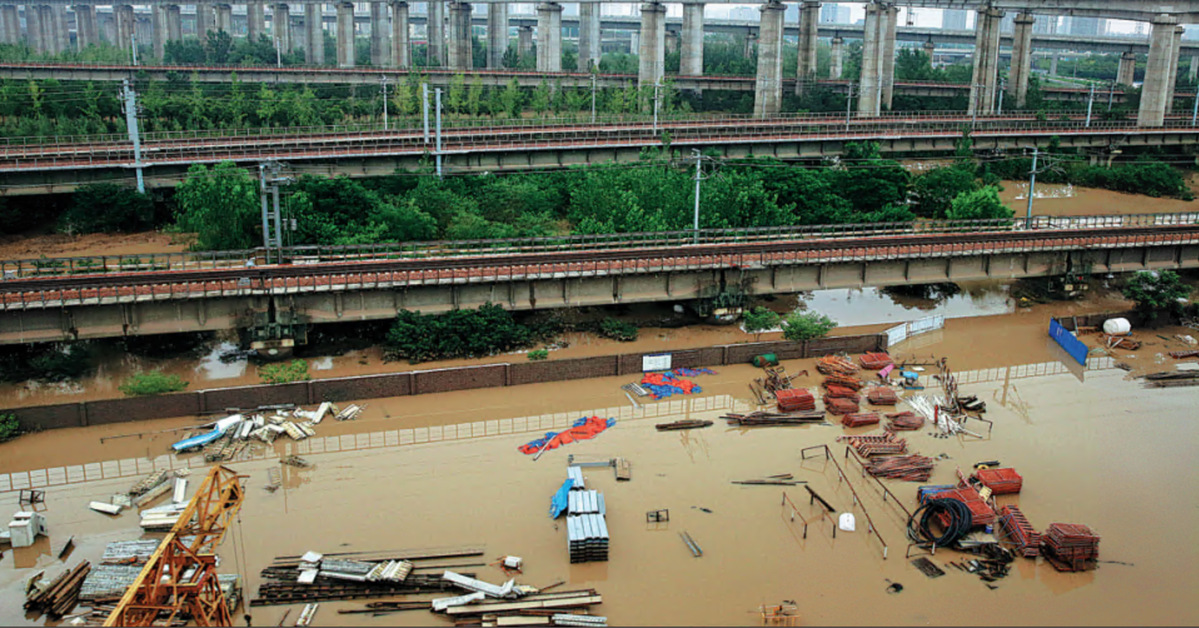 An area near an overpass for high-speed railways is flooded in Zhengzhou, Henan province, on Wednesday. Wu Xiaohui/China Daily

People in the flood-ravaged province of Henan have suffered great inconvenience, economic losses and even tragedy in recent days, but they have been able to display courage and help others in a time of peril.

Video clips shot on smartphones in multiple cities in Henan show people rushing into flooded streets to rescue others－often strangers trapped or drowning in floodwater－placing their own lives at risk.

In one video, people form a human chain and use a rope to pull a drowning woman to safety. In another, dozens of pedestrians link their arms together to cautiously make their way across a flooded road while water laps at their chests.

One clip shows a man on his knees rescuing a mother and her son and daughter from a hole filling with water, while another shows children being moved to safety by a tractor. In another clip, young boys with umbrellas stand in a heavy downpour warning motorists away from a flooded area.

Many NGOs, charitable organizations and volunteer groups from within and outside Henan have sent their members to affected regions to help with disaster-relief operations and provide necessities for flood victims in need.

Other individuals have taken it upon themselves to help out. Liu Qingbo from Dongying, Shandong province, organized his friends to transport several speedboats and other relief material to Henan, according to media reports. "We drove overnight into the rain and have now finally arrived in Zhengzhou," Liu said in a video clip after traveling to Zhengzhou. 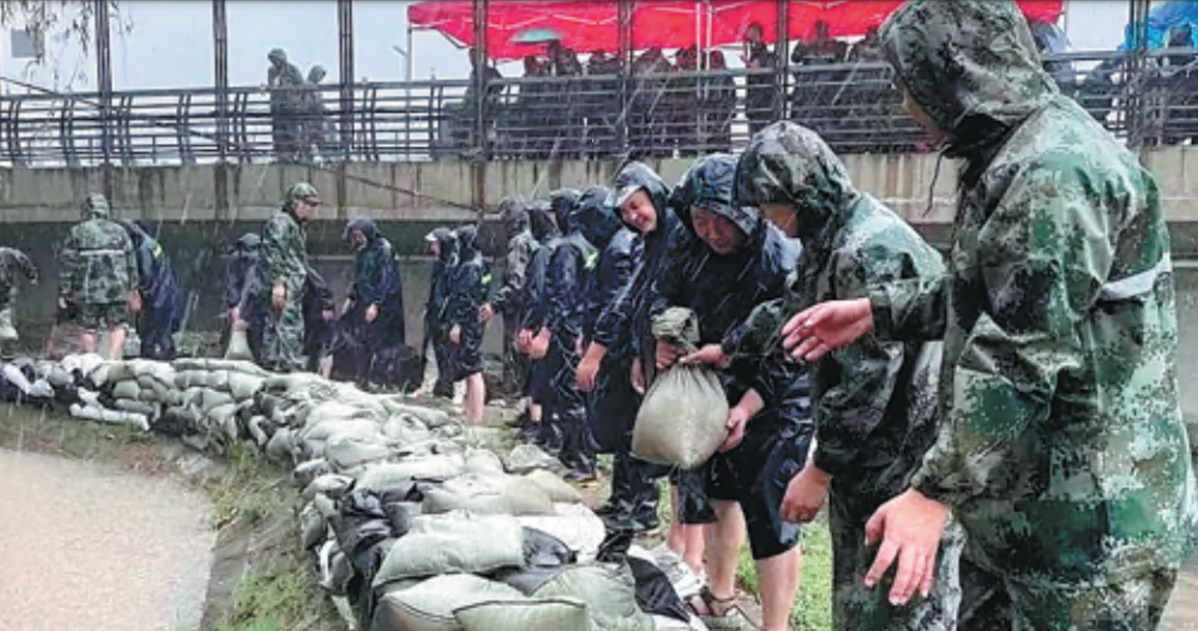 A number of technology companies have pledged donations and assistance to the flood relief efforts.

ByteDance's short video site Douyin has created a special channel called Henan Heavy Rain SOS, where people stranded by the storm can upload a video on their whereabouts and ask for help via the platform.

Thousands of soldiers are taking part in the disaster-relief efforts in the province. The People's Liberation Army Central Theater Command said troops, along with 148 vehicles and boats, have been sent to more than 30 hazardous areas in Zhengzhou, Luoyang, Xinxiang and other cities in Henan to help local governments clear debris and mop up remaining floodwaters as well as prevent landslides.

The command activated an emergency response plan and has established a disaster-relief headquarters.

The first unit mobilized was the engineering and anti-chemical brigade of the PLA Ground Force's 83rd Group Army. The brigade sent troops early on Tuesday morning to a damaged dyke in Yichuan county to demolish a section of the barrier with explosives to divert floodwater.

The largest group in the mobilized force－over 2,000 militiamen from the PLA Henan Provincial Command－was sent to more than 10 places to help to clear river courses, examine and monitor river banks and dykes, and relocate residents.

The brigade rushed 650 troops and 38 vehicles to the breaches on Wednesday morning. Soldiers built a 1.5-kilometer-long, 1.2-meter-tall sandbag wall.

The PLA Rocket Force mobilized one of its units in Henan on Wednesday morning. The PLA Central Theater Command said it had used military satellites and aircraft to monitor situations in the flood-hit areas.