Arkansas is a state in the south central region of the United States, not only a transportation hub between the east coast and west coast, but also a logistics center of strategic importance. Known as the “Nature State” for its beauty and livability, Arkansas is home to about 2.9 million people, Little Rock as its capital and the hometown of former President Bill Clinton. 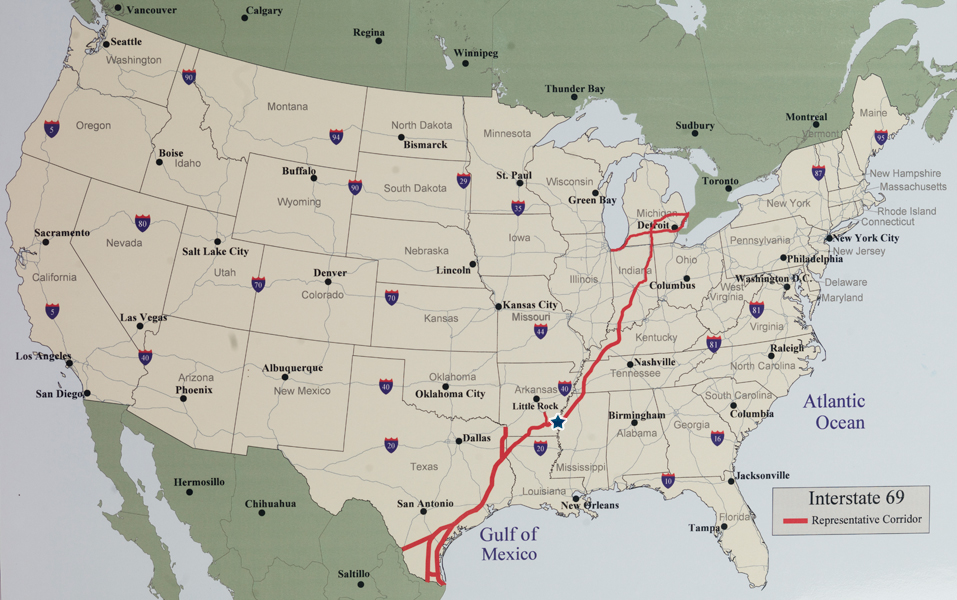 The location of Arkansas. [Photo provided to arkansascityusa.com]

Arkansas implements the “free employment” policy and bans any forced union membership without any property tax calculated and collected, as the dwelling place of world-renowned enterprises such as Wal-Mart, Murphy Oil and Tyson Foods.

On June 12, 2010, Henan and Arkansas officially established a sister-province relationship.

Henan and Arkansas have attached great importance to economic and technological cooperation since their first negotiation. Their friendly relations are promoted by joint projects. To promote mutually beneficial and win-win cooperation, they focus on their cooperation in modern animal husbandry, establishment of Jinlong overseas plant in Arkansas, and introduction of advanced automotive electronics technology to Tianhai Group, etc.