In August, Henan's economy maintained a good recovery momentum with the growth rate of a number of key indicators rising significantly and higher than that of China, said a source from Henan Statistics Bureau on August 19.

The recovery of industrial production accelerated

Aside from the low base of the same period last year, benefiting from preferential policies, Henan saw its added value of the industrial enterprises above designated size rise 7.7 percent year on year in August, 2.6 percentage points faster than July, the highest monthly growth rate since April last year and 3.5 percentage points higher than the national growth rate. 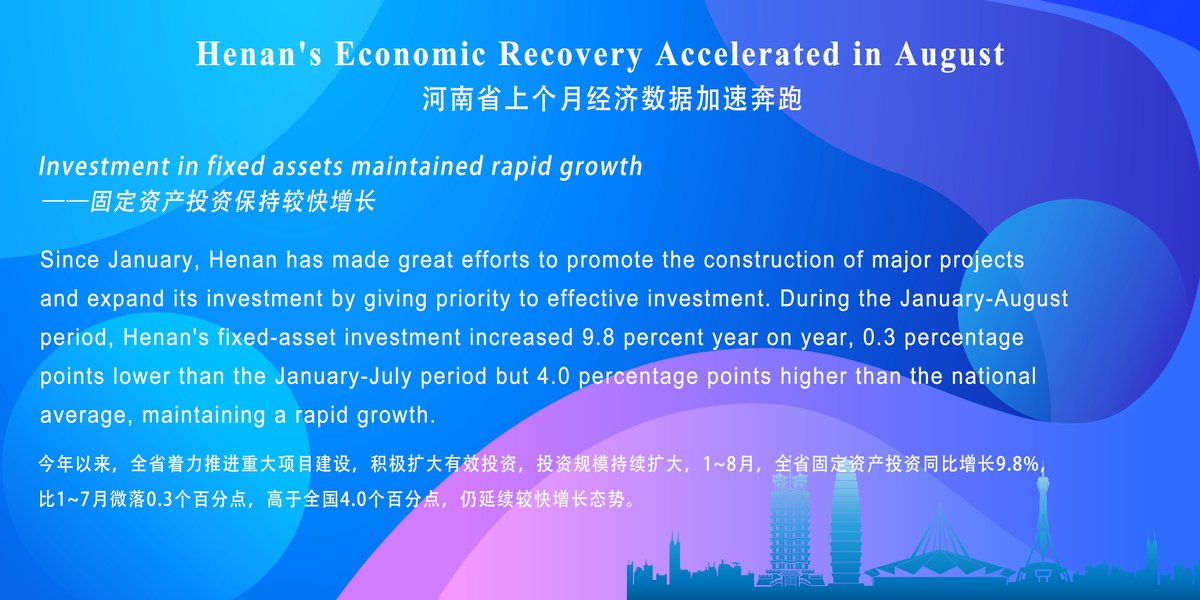 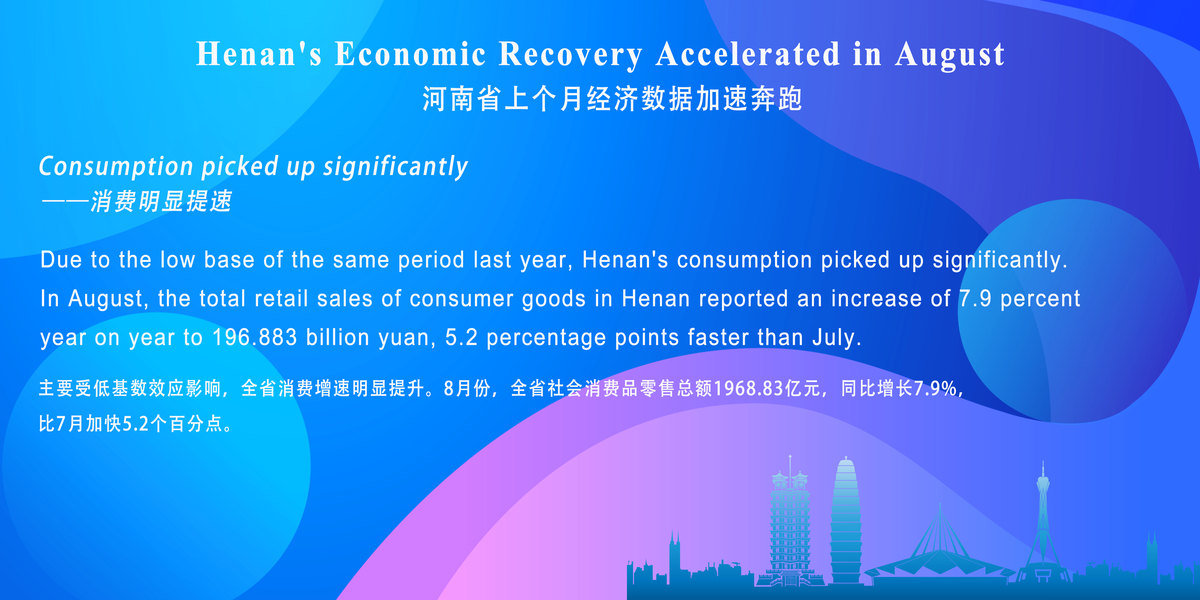