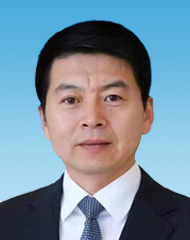 He is responsible for the work on industry and information technology, State-owned capital supervision and SOEs reform.